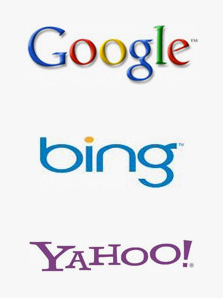 One of the most frustrating changes Google made in the past year was with the Google Analytics product. Known by many as the “Not Provided” change, this was where Google started stripping out keyword data from reporting for people who were logged into a Google Account at the time they conducted a search. In short this means that if somebody reached your website from a Google search made while logged into their Gmail, Google+, YouTube or any other related product, you can no longer tell what they actually searched on to get to your site.

This kind of data is very important to SEO, and this change attempts to make search engine optimizers blind to some of the effects of their work. What makes it somewhat hypocritical is that Google of course does not strip keyword data from Google AdWords searches, meaning that the claims this move was to protect user privacy are a little hollow.

The claim was that these changes would only impact around 10% of queries – something that has since been shown to be at best an underestimate from Google, and at worst a blatant lie. As Google expands it’s presence by tying together its product set, not least of all their attempts to expand Google+, more and more people are logged into a Google Account when performing a search (whether they know it or not).

We are now seeing clients where the “Not Provided” keyword is almost always the highest grossing “keyword” for traffic; at it’s lowest, it sits around the 10% mark claimed by Google, but for some clients we see this sitting as high as 70-80%. Websites that tend to get much of their traffic from professionals seem to have the highest impact – B2B companies will tend to suffer from this the most as their customers are business people who are using computers more frequently, therefore having a much higher chance that they are logged into products such as Gmail.

What can be done about it? Sadly, not much. Google did not suffer a large public backlash from this, as it is mainly SEO people that are aware of the impact. As SEOs, we can still deduce data from the rest of the keyword data and project this out over the full traffic volume.